Machines, vehicles or other goods: Asset Tracking plays an increasingly important role for many companies. The systematic acquisition of GNSS-specific position and time information combined with sensor data (temperature, inclination or vibrations) is now considered standard technology. The only disadvantage: position, time and sensor data can be manipulated or disturbed.

The Galileo Public Regulated Service (PRS) offers officially authorized users the possibility to determine time and position securely with its specially protected and encrypted satellite navigation signals (GNSS). The server-based Galileo PRS receiver technology records raw data of the Galileo PRS signals in the »Mobile Galileo PRS Snapshot Sensor« and sends it to a specially protected PRS server infrastructure, where the PRS signals are evaluated. The sensor data collected in parallel in the asset is provided with a tamper-proof location and time stamp and also evaluated. Sensor data, location and time information can therefore no longer be manipulated. Where and in which state the asset is located can then be easily checked in the online portal.

In addition to asset tracking, applications can also be seen in the secure coordination of emergency forces, the monitoring of digital tachographs and onboard units, and the monitoring of public infrastructure.

We are looking for:

For the extension of our research project, we are looking for you! Are you part of a mechanical engineering company in the field of forming? Do you want to enter the digital age together with us? Then write to us! 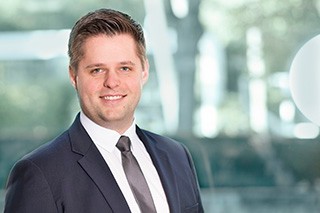